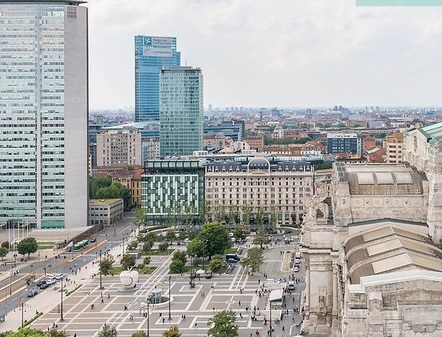 The redevelopment project was presented this morning which will involve piazza Luigi di Savoia, one of the access squares to the Central Station, and the demolition of the former Hotel Michelangelo, starting by June, in place of which a tower will be built for offices, 93.5 meters high, where over 2 thousand people will be able to work. These are the objectives of the Mi. It is "the result of close collaboration between public and private sectors, which will give a new face to a strategic area and which will better connect it with the axis leading to Piazzale Loreto, which is also undergoing transformation", highlights Palazzo Marino. The team that will build the Mi. It's all Italian, starting with Park Associati, Milan, Faces and Esa. The city planning councilor, Giancarlo Tancredi, spoke at the presentation of the project: "The renewal of Piazza Luigi di Savoia will be a new step in the redevelopment of all the spaces that gravitate around the Central Station, the nerve center of the city. The new 450-space car park has recently been inaugurated and, looking at the other side along via Sammartini, the process for the recovery of the former railway depots is proceeding with the 'Magazzini Raccordati' project. The Garden of girls and boys from all over the world and the Central Market have already been built, in addition to the redevelopment of Piazza Duca d’Aosta as part of the SeminiAmo project. Now it is a duty, with the renovation of the former hotel, to reorganize messy spaces, making them more functional and more beautiful to cross and experience ". Therefore, the demolition works of the Hotel Michelangelo will start by June, inaugurated at the end of the 1960s with its 17 floors and 306 rooms, and decommissioned in 2020, when for a few months it was converted into the first 'Covid hotel' in the city, used to host people in quarantine, thanks to an agreement between the owners, the Fin-leonardo group, the Municipality of Milan, Ats, Asset Milano Nord and the Prefecture. In its place, an office tower will be built, 93.5 meters high, in which over 2,000 people can work. The new building will be of the latest generation, in line with the objectives of environmental sustainability, circular economy (including the reuse of concrete) and Italian and European energy savings. The intervention, for an investment of 90 million, which will be completed by 2026, in time for the Winter Olympics, and which thanks to the urbanization costs generated (for a total of about 4.2 million euros) will be accompanied by the redevelopment overall of piazza Luigi di Savoia and some neighboring streets: via Doria in front of the ancient Cascina Pozzobonelli, the stretch of via Scarlatti up to via Macchi, the stretch of via Lepetit up to the former hotel and a portion of piazza Duca d'Aosta. The interventions, the project of which will be better detailed in the coming weeks and which could start next year, provide for the overall remodeling of the area with the creation of new green areas, the rationalization of stops and the taxi area, the construction of a velostation. , the reconstruction of the road surface, coplanar with the sidewalks, pedestrian paths, the preparation of elements of street furniture and the general redevelopment of public spaces. The goal is to create a modern, more sustainable and functional square and area, with better delimited spaces, ready to welcome anyone passing through the plant. The numbers linked to the planned interventions are significant - underlines the Municipality -: 22 thousand square meters of redeveloped public space, 2,200 people who will work in the Tower, 200 those involved in its construction (in addition to a thousand in the related industries), 22 floors above ground (plus 4 underground), 65 new trees planted, 1,350 square meters of redeveloped green area plus 900 new ones, 200 workers employed in the redevelopment of the area, 108 new underground parking spaces. "The transversal interchange between past, present and future makes MI.C a courageous project that aims to regenerate the urban polarity of Central Station - comments Michele Rossi, co-founder of Park Associati -. An office tower that is reflected in the Pirelli skyscraper and that looks at the history of the city that was, reinterpreting its character and transporting it to what is to come: a new Milan. Environmental responsibility, urban regeneration and architecture come together in an experience model that looks at the innovation of new social relations and relationships. " "The Michelangelo Hotel was the first Covid hotel in Milan, the symbol of the most dramatic period of the pandemic. But even then, it was also the symbol of the virtuous collaboration between public and private that is proposed again today in the light of the restart - says Diego Imperiale, Fin-leonardo Project Manager -. The symbol of Covid becomes the symbol of the rebirth of Milan. The new Mi Tower. It will be a state-of-the-art, latest generation, green, sustainable building, perfectly inserted in the urban context, in line with the Italian and European ecological conversion and energy saving objectives, and connected to an area redevelopment project. which is one of the gateways to the city. The project is entrusted to the best excellences we have in Italy. All professionals largely present and active in Lombardy and Milan. "

Windows open and speedboat to the pier: George Clooney has arrived on Lake Como 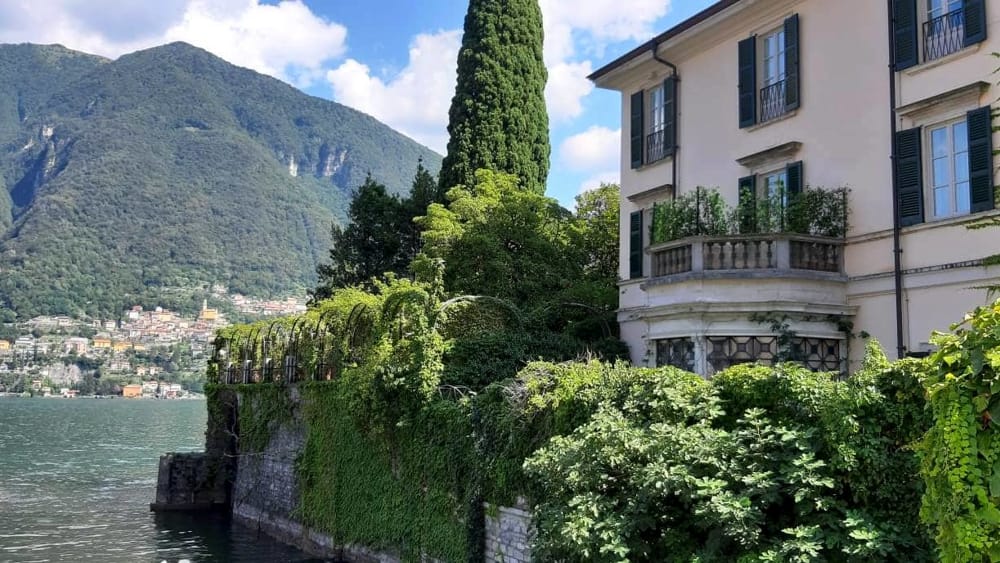 Bodyguards at Villa Oleandra: the actor will spend a month in Laglio; George Clooney has arrived. The Hollywood star arrived at Villa Oleandra, on the shores of Lake Como, last Monday. The signs of his arrival are clear and unmistakable: bodyguards guard the exterior of the luxurious mansion, the windows are wide open and his inevitable motorboat i...

A few days ago TargetHouse is with the new commercial at the Cinema. An agreement with Uci Cinema multiplex of Como will make us protagonists for many months in Como cinemas. This makes us very proud and happy to be virtually present together with many people and many Families before each show. Here the entire programming of the individual rooms on...